Map of the Lubelskie Region

During the “Aktion Reinhardt,” from the spring of 1942 to May 1943, it was one of the largest transitory ghettos in the Lublin district.

In 1942 a ghetto concentrating 6,000 Jews operated here. The majority of them was deported to the death camp in Treblinka and many were killed at that site.

In 1941, in one of the districts of Dęblin – Irena, a ghetto was established, were 4,000 Jews were detained. In 1941-1944 the camp for the prisoners of war operated here, mainly from the territory of the Soviet Union.

In 1941-1942 a ghetto operated here. It occupied one of the town markets and environs of the synagogue. 2,300 Jews were detained there.

In 1940-1943, one of the largest labour camps operated there. The prisoners detained there carried out irrigation works.

In 1942-1943, during the operation by the code name “Reinhardt,” Lublin performed the role of the governing centre. The aim of the operation was to deport and exterminate Jews in the territory of the General Government.

Since 1941 the main ghetto of the Puławy Poviat was located here. Initially, the local Jews were concentrated here, as well as those who were dislocated from Puławy already in 1939.

In 1940-1942, the ghetto operated here, through which approximately 6,000 Jews passed, including 1,000 German Jews from Szczecin, Leipzig and Weimar.

In 1941-1943 a small labour camp operated in Osowa. Jews carried out some irrigation works here.

During the Nazi occupation it was a place of mass executions. The first of them were carried out already in 1940-1941.

The Piaski ghetto was established in the eastern part of the town already in 1940. Initially, approximately 5,000 Jews were detained there, including German Jews deported from Szczecin and Kraków. It was one of the first closed-off ghettos in the territor

The labour camp in Trawniki was established on the grounds of the former sugar factory in mid-1941. Initially, it operated as the camp for fugitives and suspects, next for Soviet POWs. Since the end of 1941, it functioned as the labour camp for Jews who c

Since the autumn of 1940, the ghetto was established in Chełm, where approximately 11,000 Jews were detained. In 1941-1944, the POW camp was located in the city, where altogether over 100,000 Soviet, Italian, French, Belgian and English POWs were sent.

On the grounds of today’s Kraśnik Fabryczny (in Budzyń), the labour camp for Jews was established, through which approximately 6,000 Jews passed.

In 1942 Izbica became the main transitory ghetto on the area of the Lublin district.

n 1941-1942, in the local ghetto about 3,000 Jews were concentrated. In 1943 Germans dislocated some Polish inhabitants of Szczebrzeszyn as part of the colonization and pacification operation carried out in the Zamość region.

In 1941-1942 about 8,000 local Jews and 2,000 Jews from Bohemia and Germany were detained in the Zamość ghetto. As part of the “Generalplan Ost,” Zamość became the centre for the German colonization. From December 1942 to January 1944, the transitory camp

In 1942-1944 a transitory camp for Poles dislocated from the Zamość region operated here. Many people where deported from here to the concentration camp at Majdanek.

In June 1942, over 100 Jews were murdered by Germans on the streets of the town. In November, the remaining Jews were deported to the death camp in Bełżec.

In the spring of 1940, one of the largest labour camps in the General Government was situated here. On November 1, 1941, the Nazis started to work on the first death camp of “Aktion Reinhardt.” 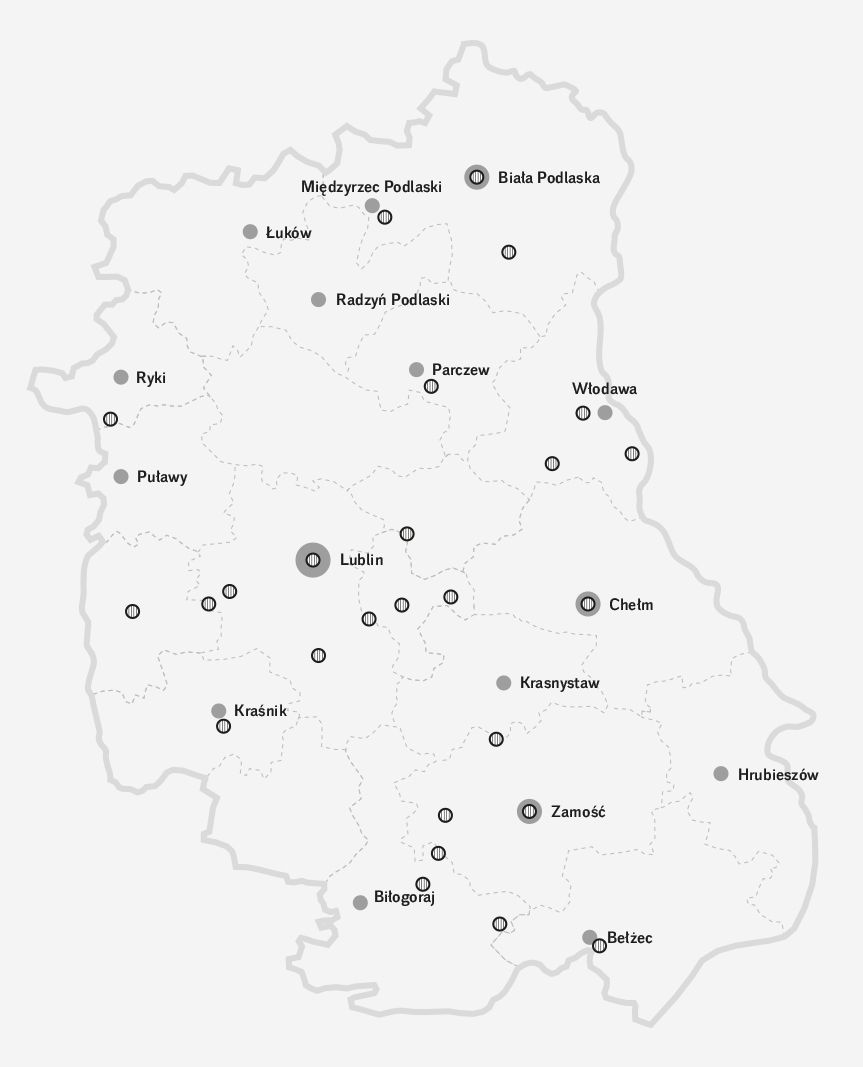 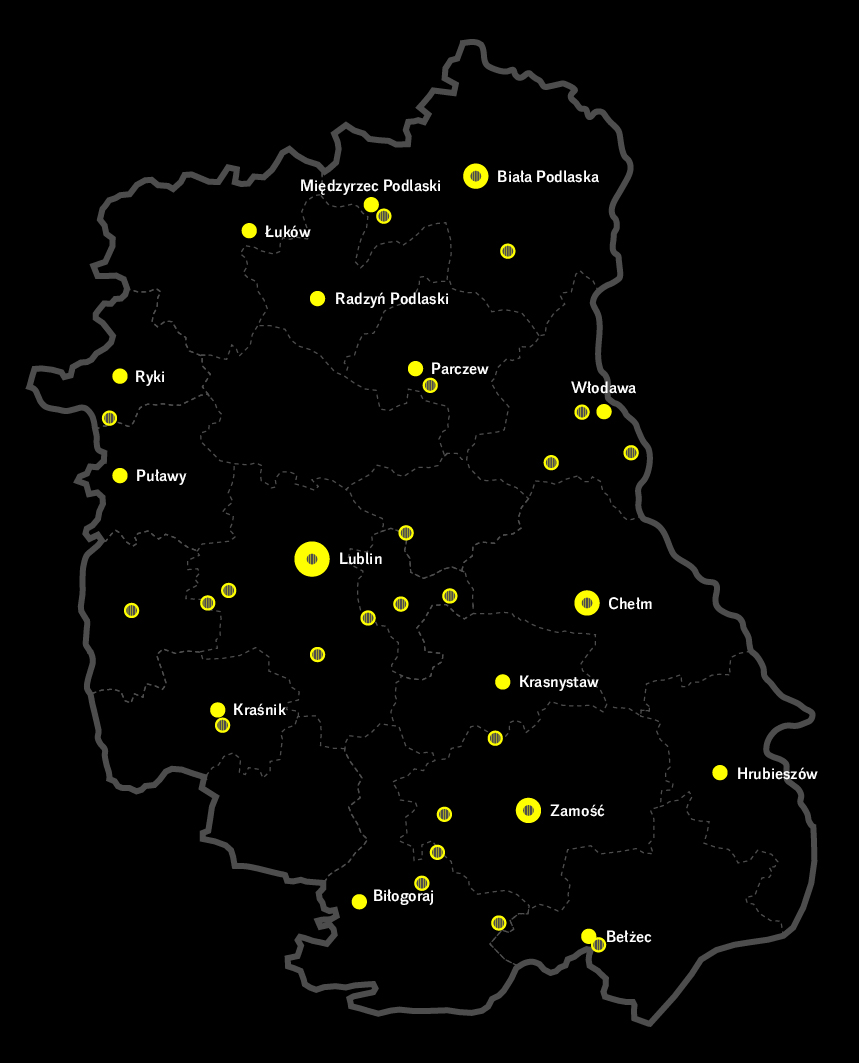